The Superior Foes of Spider-Man, Vol. 1: Getting The Band Back Together

Haaaaaaaaa shit this is a fun book. The name Nick Spencer, at least in this house, is synonymous with Amazing Spider-Man By Nick Spencer and, a brief Wikipedia check confirms, HOLY SHIT BEDLAM WITH GENUINE ART-PSYCHOPATH RYAN BROWNE, WHAT THE FUCK–sorry, I wasn’t expecting that; Bedlam absolutely rules, and if given the chance I would personally feed the exec at Image who canceled it to THE UNGUS. 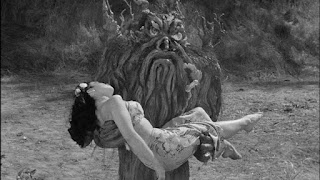 [UNGUS not pictured for your safety]
Look, Fred Myers–some-a-time called Boomerang–is a supercriminal (provided a laissez-faire definition of ‘super’), washed-up baseballer, world-class sonofabitch and Class 3 Australian. He’s a low-stakes semi-regular enemy of various Spidered-Men; I for one, do not care for him, and you may quote me. In f–wait, Fred Myers? Like the–hold on, I have to look this up–

Ohhhhhhh, okay
Sorry to stop for two research breaks in the same chunkle, that was gonna bug me, BUT NOW WE KNOW THE STUPID TRUTH.
Anyway Fred’s a hilariously incompetent con-man who manages to convince an incarnation of the Sinister Six who only number five to come together for One Last Job; the only problem is that he’s promised the spoils not only to his partners, but to at least one powerful, murderous mobster in whose debt he sweatily rests. The item in question? As if you hadn’t guessed yet, it’s the undying cyborg head of the mob family’s leader, which has been missing for years, and would bestow control of the New York mafia upon anyone who found it. How are you supposed to split a living, probably racist head between the mob and your crew, and then further divide it amongst the latter? THAT, my friends, is a problem for Future Fred, and that motherfucker is on his own. Further complicating matters is that one of his crew is the latest incarnation of The Beetle, who happens to be the daughter of the POSSIBLY UNKILLABLE TOMBSTONE, YET ANOTHER MOBSTER. And finally, yet another classic Spidey villain, Norman Osborn, has joined up with organized crime as the Mobgoblin, and–no, I made that one up, but now I wish it was real, and we all have to go home a little sadder because it isn’t.
TSFOS-M is a hell of a lot of fun, especially given a pretty self-awarely watered-down Sinister Six, a deeply unlikeable protagonist who is nonetheless pretty good at keeping a lot of plates spinning and a lot of people looking where he wants them to look, and a real humanization of some one-note villains who have frankly gotten used to being first-act wall-crawler punching bags in stories about more engaging and dramatic enemies. It’s also, and I’m trying to find a way to say this without sounding unkind, a hell of a lot funnier than I expected a Nick Spencer book to be. His main Spider-Man title is great, but it’s not a funny book, because Spider-Man needs to be a stand-outingly funny character in it; because this is an ensemble story, no one character needs to shine on that wavelength and good goofs are just all over the place from antiheroes and bartenders and mobsters and food-cart vendors and severed robot heads. Although in retrospect, his work on Bedlam with Ryan Browne makes a lot of sense because that book is way funnier than a story about a mass murderer has any right to be.
This is a very strong first volume, and there are only three total, so these jackasses won’t wear on you too much and overstay their welcome, and the limited nature of the series lets the story really bounce around in some bonkers ways while staying in the same general area, so by the time the dust settles you feel like you really know this weird, stupid little slice of the world. I recommend you visit, and get the hell out when your time is done.
Score: 8/10 Heist-Crew Recruitment Scenes Attempting To Enlist THE UNGUS

Written and Illustrated by Andrew MacLean

God, Head Lopper is so cool. Picture the absolute wildest D&D campaign you’ve ever imagined, but drop Conan of Cimmeria in the middle and make him the begrudging custodian of a horrifically powerful, belligerent and deranged severed witch’s head for reasons that are not clear, then toss all of that into a blender with a couple of copies of the NES port of Rygar and an original-printing poster for Ralph Bakshi’s Wizards. Come to think of it, wing one of those Rygars over my way, this could be a fun night. 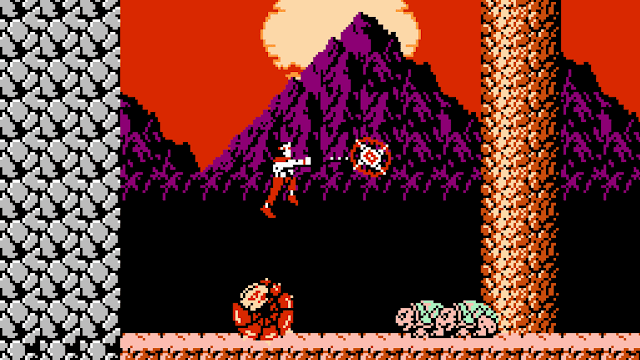 Ah, truly the golden age of video-gaming was, by an astounding coincidence, also when I was six years old.
This is the second volume but I cannot express to you how much that doesn’t matter; yes, there’s an overarching story with Head Lopper and the severed witch’s head, but mostly it’s about them being dropped into new and lethal circumstances and ordering the biggest Grievous Bodily Harm on the menu, and while every one of them is great, I frankly think this is a stronger installment of that.
Like the other volumes in the series, this one takes place in a World of Adventure; there’s no cultural or technological homogeneity, and the wee island to which we are introduced feels completely fresh and living its own rich, tiny life full of little weirdos going about their little-weirdo business, which on this particular day happens to be a ceremony involving a mysterious tower that is clearly of an entirely different architectural and historical origin, but that doesn’t bother them! As far as they’re concerned it is Their Special Tower, they love it, and one very special local boy is going to go inside when it opens up for the first time in a century and complete the rite that ensures their continued prosperity and safety. The only problem is that they aren’t the only ones interested in Their Special Tower; a scarred, cantankerous-looking crew of adventurers from all over the world have gathered in anticipation of the tower opening for an entirely different reason: a goddamn Lich lives (???) at the top, and they’re gonna put him in the ground for his crimes. W–ba–back in the ground.
Head Lopper has a very specific, particular quality to its world and storytelling that for the life of me I cannot put into words; it might be the way its goofs, dramas and horrors are all played with equal sincerity, or the way all of its characters are dignified and grounded in their realities despite falling across a wide spectrum of ridiculousness. 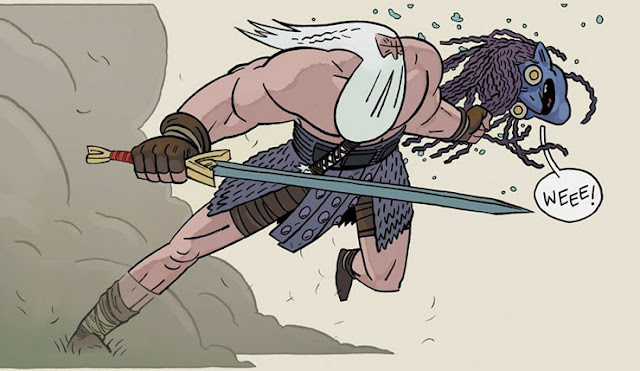 A wide, wiiiiiiiide spectrum
Couple this strength and diversity of characterization with art that’s too interested in being true to worry about being realistic all while being 124% awesome, and a story whose basic bones are so solid they allow for some wild rearrangement of what goes on those bones, and you’ve got a title you should be able to hand just about anyone who can appreciate a good story and, admittedly, some violence that would be very upsetting if the art were trying to be more realistic. God this book rules.
Score: 9/10 Ideas I’ll Steal But Will Need To Work On Until They’re Legally Distinct Enough To Use In My Next Pathfinder Campaign

train wheels beating, the wind in my eyes