ALONE IN THE WORLD WAS A LITTLE CATBLOG

BECAUSE YOU DEMANDED IT, or you would have, HAD YOU KNOWN YOU NEEDED IT IN ORDER TO CONTINUE PRODUCING YOUR BONES’ PRECIOUS MARROWS. But now that’s taken care of, so you’re ahead of the game; go ahead and take a break, fix yourself a drink, maybe!

Anyone who knows me for any length of time will find themselves wondering: wait how the hell many cats does this guy have? And to that reasonable question my reply is reliable, and unchanging as the sea: what are you, a cop? 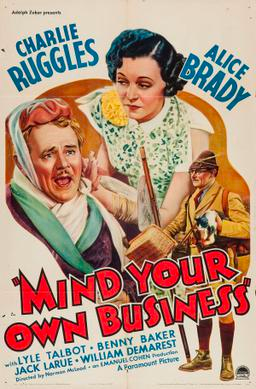 It’s time for you all to get to know the tiny monsters that infest my home, pukify my carpets and bake more biscuits than a thousand Southern families could smother in gravy if given all the chickenfat in God’s delicious creation, and so I have embarked upon a RECORD OF MY INNUMERABLE MEOWMARTS, like Quirinius taking his census of Judea, and we all know how well that turned out.

Today we start with the tiniest and, I’m not even ashamed to say it, my favoritemost: 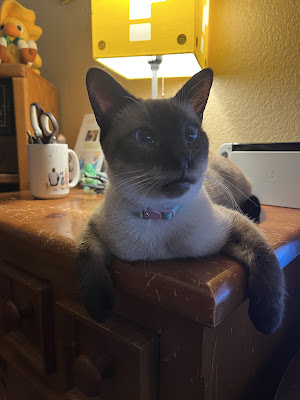 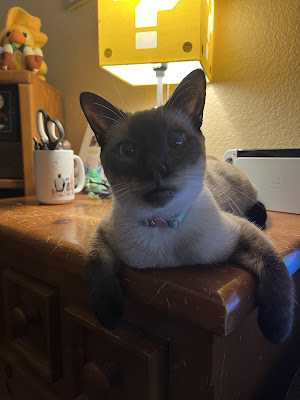 Disclaimer: Holland not actually as terrible as advertised
FUN FACTS:

My very first cat was her predecessor, Denmark J. Cat, who was my best guy for four presidential administrations, until he fell to the sword of feline lymphoma and set sail for the Undiscovered Country. I have it on good authority that he has since CONQUERED HELL, and is warming my throne there until I can arrive.

After what my wife deemed an appropriate mourning period, during which she experienced the only span in our relationship when I wasn’t pointing to an animal and yelling for her to look at how good they were, she surprised me wif A BAYBEEEEEE 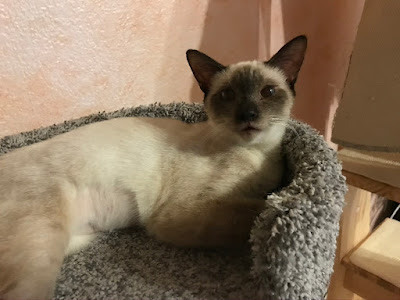 “Papa! AH AM SO GODDAMN SMOL!”

She is now my constantmost and steadfast companion and snugglecreature; she will not leave me the hell alone and I love it so damn much, she is on my lap as I type this, her paws buried beneath my laptop, like so much traysure. 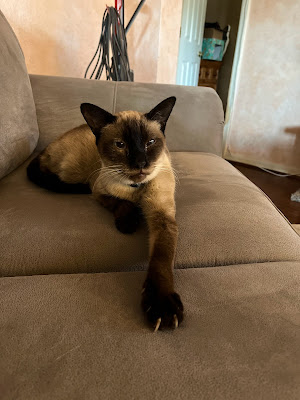 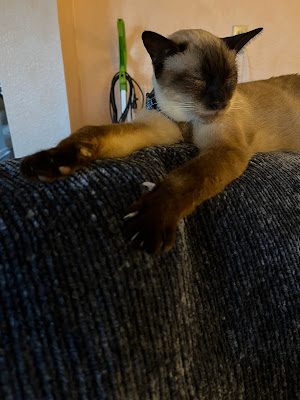 Traysure with CLAWS, apparently, so in addition to being my Wee Peep she is also the LEGENDARY CRYSTAL CRAB OF CUDDLEMONSTER COVE, GOD HELP US ALL

Don’t embarrass yourself, you can’t step to this, just put Kevin back in his carrier and get the hell out of the Dayton Radisson’s multipurpose room while we’re still inclined to let you
She is also, as if you hadn’t noticed yet, the smallest cat in the entire world. 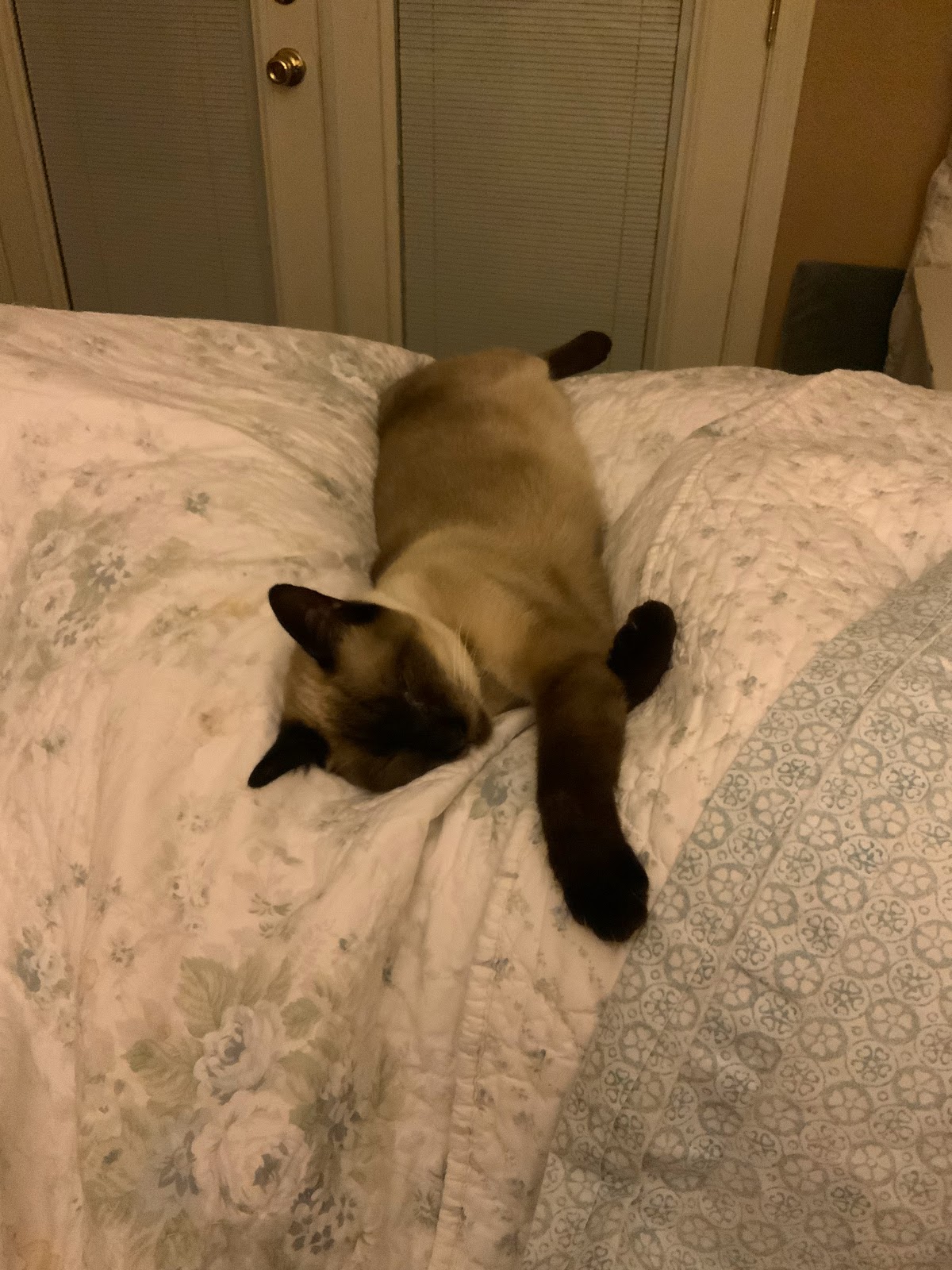 She’s the size of a single grain of rice! Not even basmati! Arborio! She takes a bath in the top-hat Monopoly piece! She puts a catnip julep on the rim! 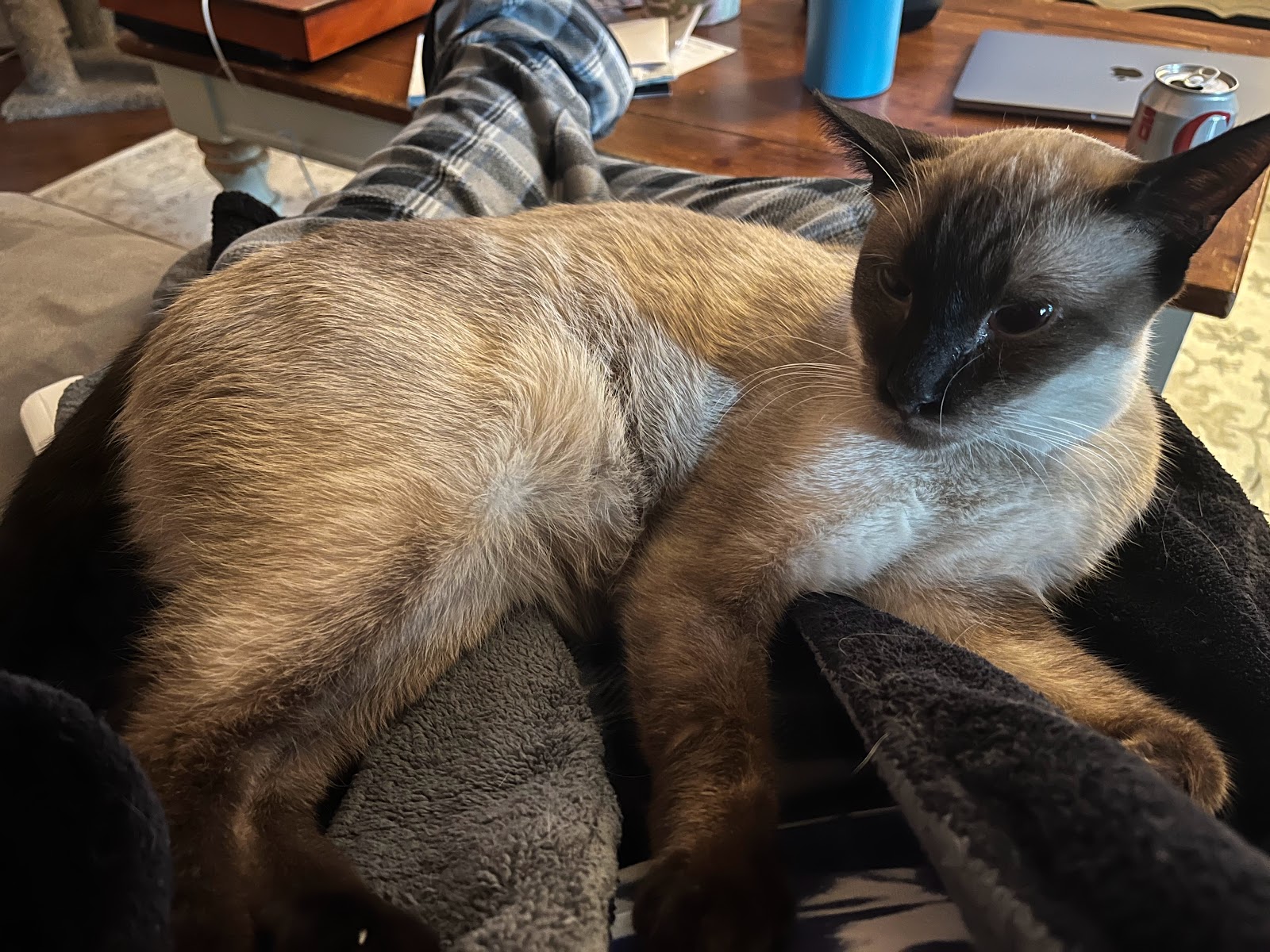 If I need her to weigh down some papers she has to put on a kimono lined with lead pellets!
SHE LOOKS AMAZING IN IT. 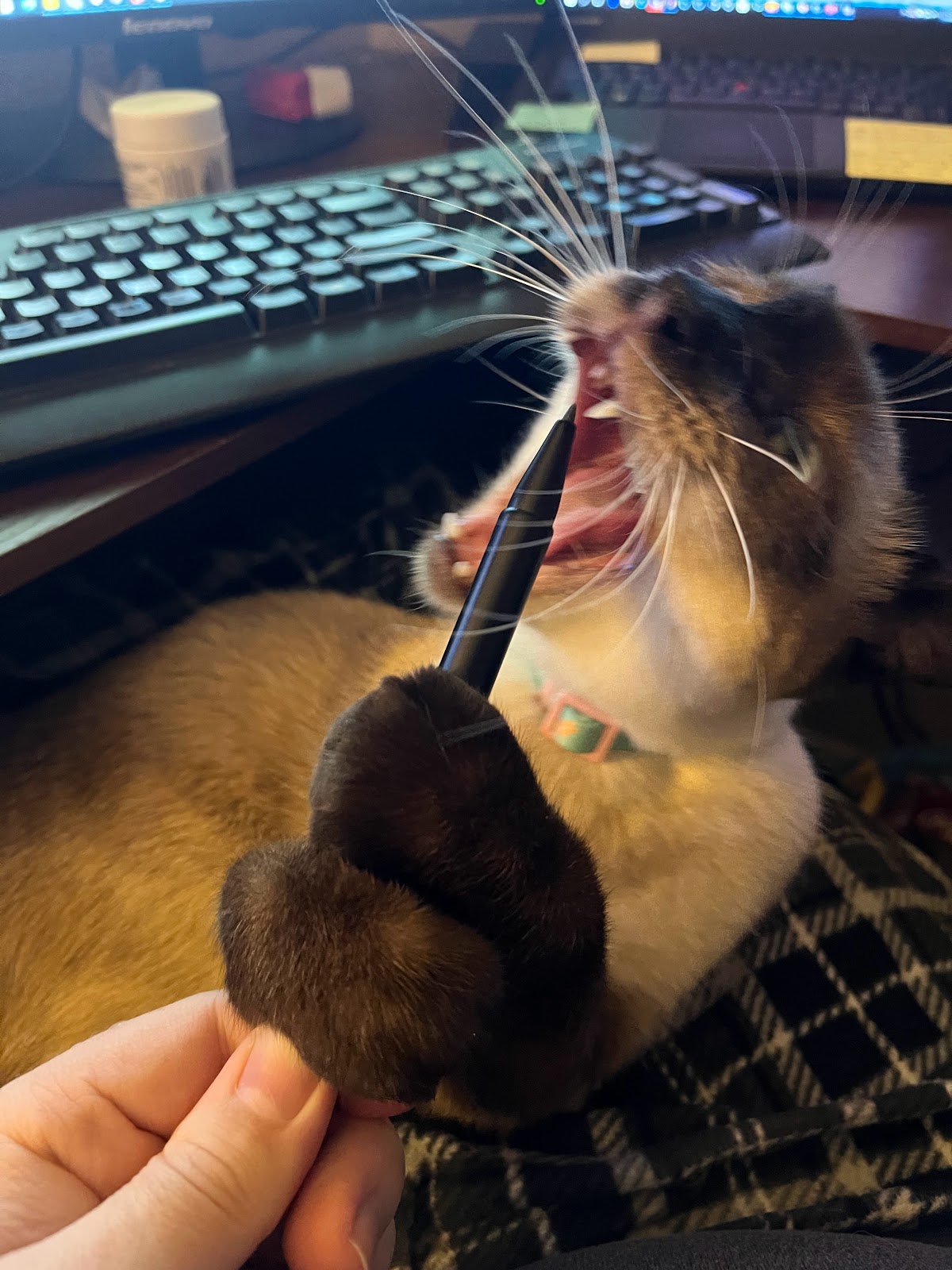 When she needs to go shopping she catches the 10:15 millipede to the Towne Centre Tiny Barterin’-Rink! 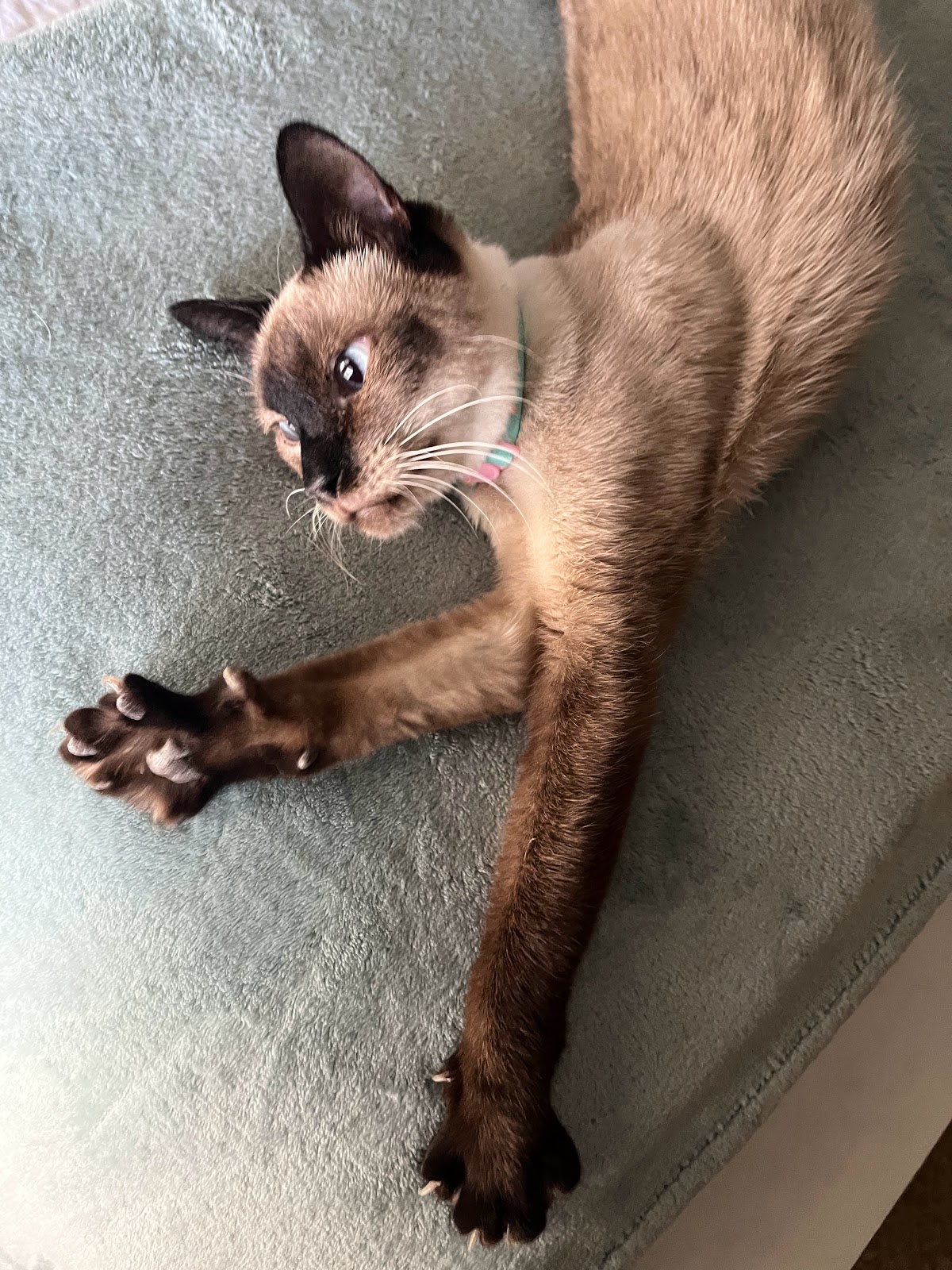 She uses a q-tip for a mop on people’s nails in her
part-time job at the parlor down by Swongburt’s Pie-Barn! 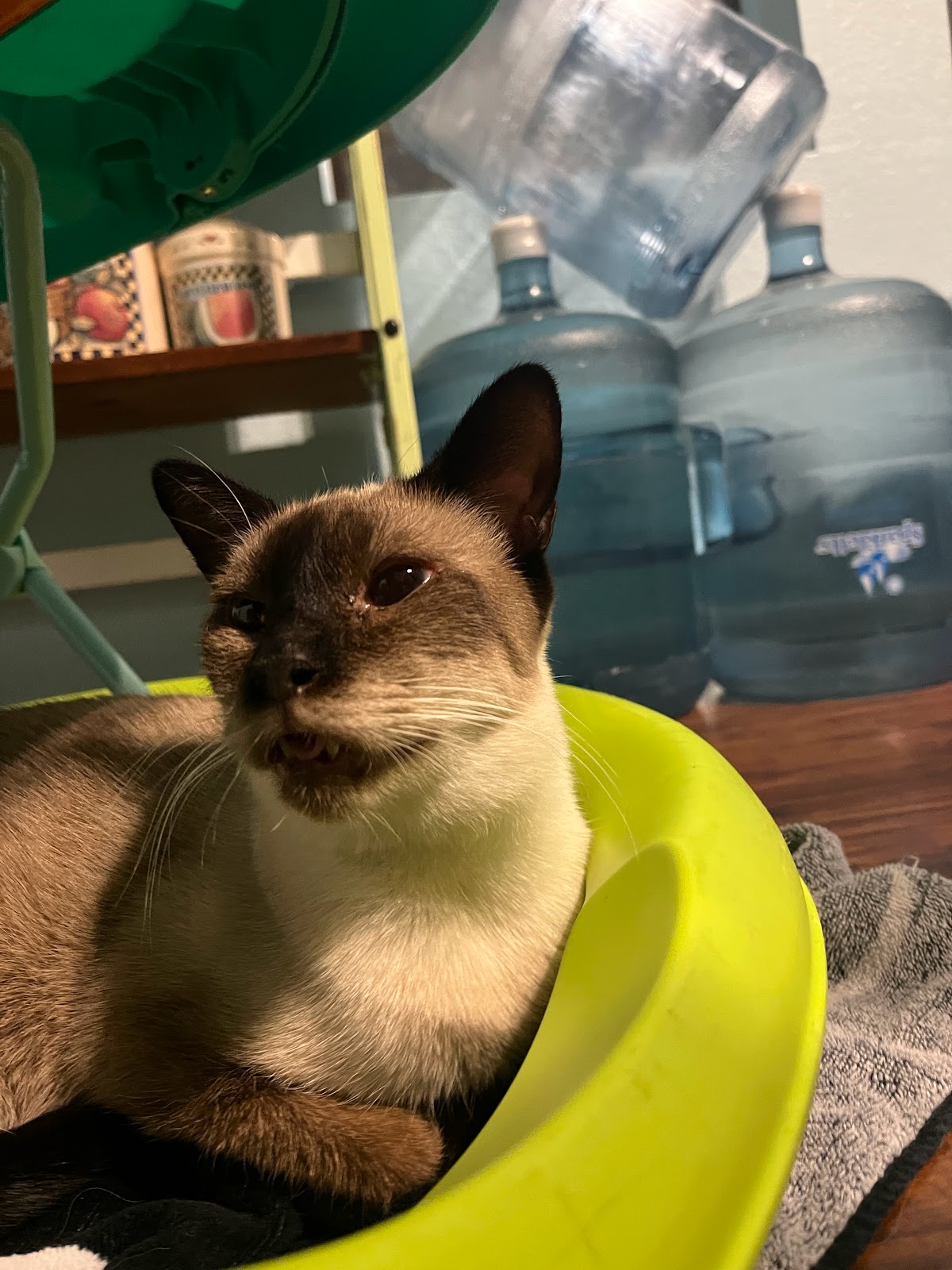 She thinks Fantastic Voyage is a movie about giants! 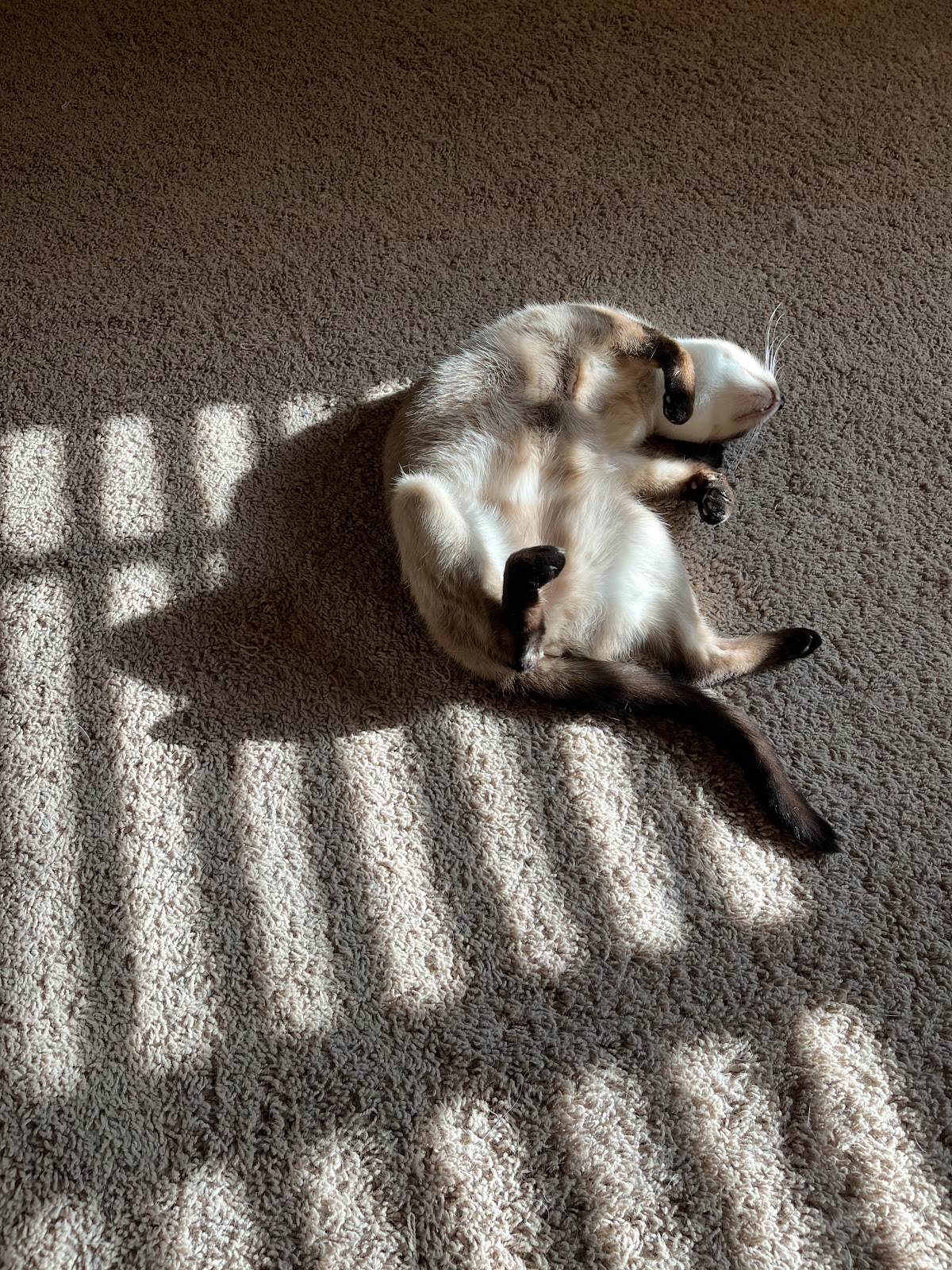 One time I sneezed when she was lying on my desk and she called for me to pick her up from Turkey!
Reno, Rude, Tseng and Elena took excellent care of her, thanks guys! Tell Rufus I’ll SEE HIM IN HELL.

THE CAREFUL OBSERVER WILL NOTE: 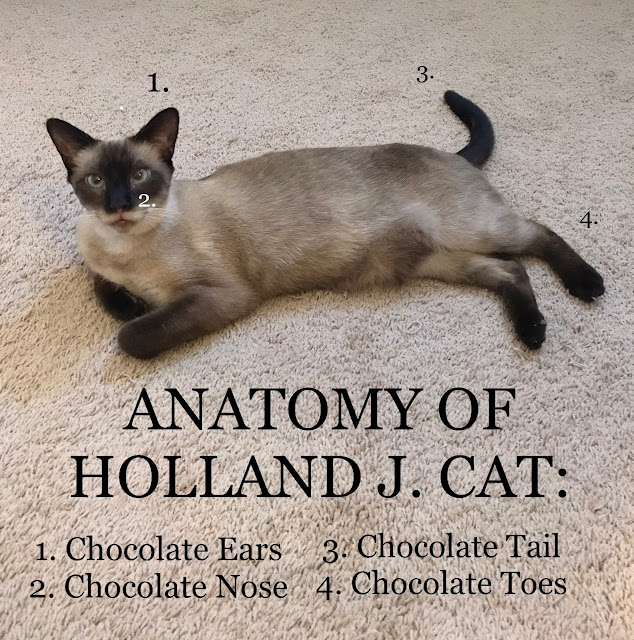 She is the very embodiment of feline razzle-dazzle, and we are all richer for her being in our lives. You’re welcome.
Tune in next time when I interview Paisley J. Cat and ask the question that’s been on everyone’s minds: What’s with all the fluff, man? 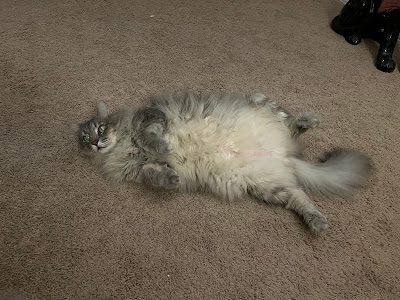 and she didn’t raise a fool,
and she raised me

1 thought on “A GALLERY OF MY TERRIBLE CATS, EXHIBIT 1: HOLLAND”